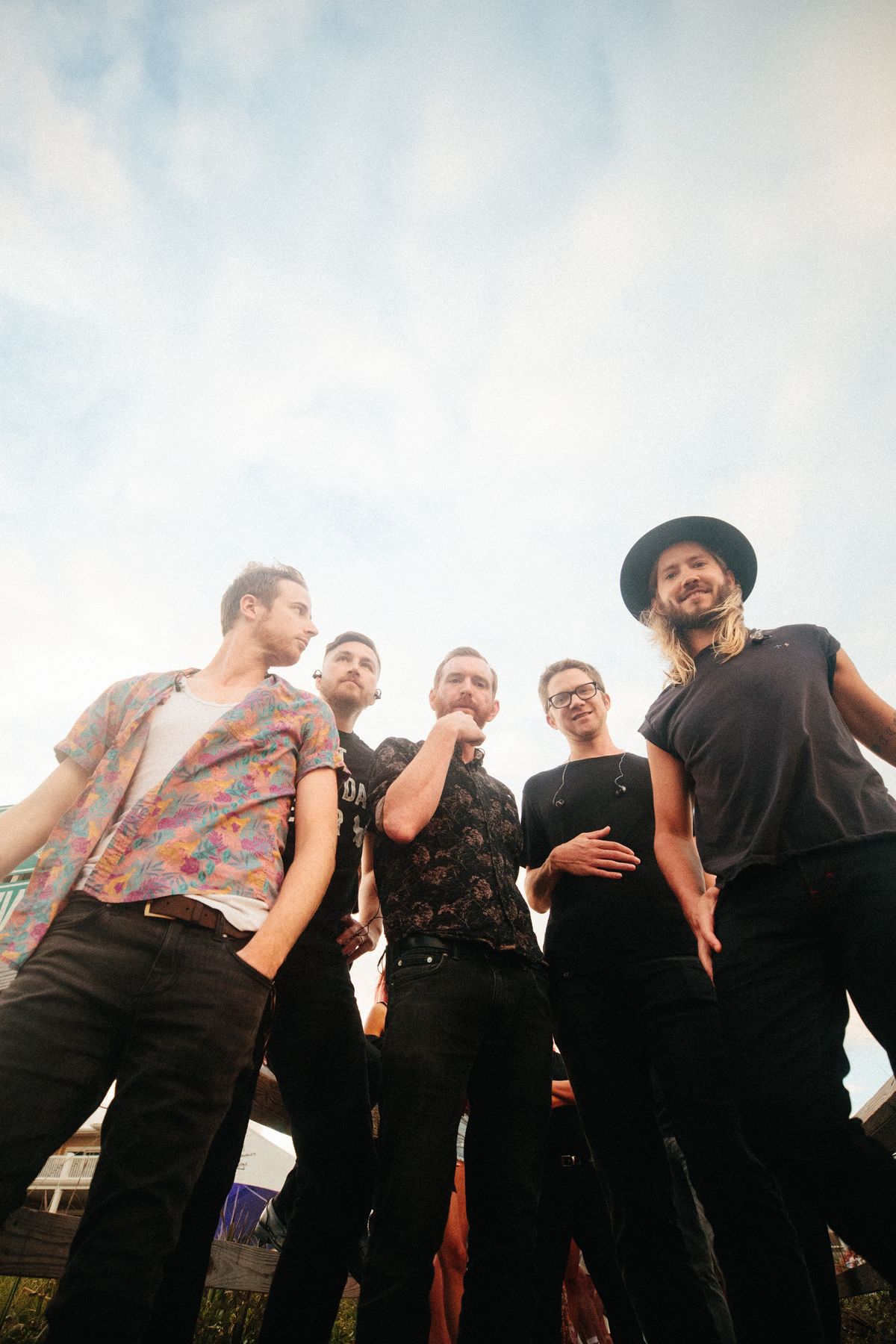 Moon Taxi in The Caverns

Moon Taxi's annual end-of-year show will be underground. On December 21st, celebrate the year that was and the holidays to come with Moon Taxi in The Caverns.

"We can come together, we won't give up on the fight," sings Nashville's Moon Taxi on their smash single "Two High," a song that catapulted them to the top of the streaming charts and the forefront of the national stage. “Two High” propelled the band to new heights, with over 116 million streams on Spotify to date (as of March ‘19), surpassing 3 million video views (lyric + official), enjoying heavy rotation play on multiple SiriusXM stations, topping the AAA radio chart #1 and charting Top 10 at Alternative Radio. “Two High” encourages listeners to keep looking for a positive way forward – from their own internal battles, to the ones challenging the world at large.

Fearlessly melding rock with pop hooks, clever synths and roots touchstones gleaned from their home in Music City, Moon Taxi's fifth record and first for RCA Records, Let The Record Play, finds the five-piece doing what they do best: coming together and creating music that triumphs above all. The band performed “Two High” on the Today Show and Jimmy Kimmel Live.

In addition to commercial breakthroughs, the press praised Moon Taxi’s Let The Record Play. Rolling Stone wrote: “Over the last few years, Nashville’s Moon Taxi have worked their way up from Bonnaroo buzz-band to something approaching Kings of Leon country, playing a pleasingly cross-bred rock – a little indie, a little proggy, kinda poppy.” NPR raved of their musicality: “Moon Taxi a jam band – that is, if its instrumental excursions weren’t so concise, carefully thought-out and frequently refined in the years they’ve spent touring.” And their hometown paper, The Tennessean declared: “Moon Taxi evolves from ‘college project’ to rock stars.”

The band has thrived on the touring circuit for years, bringing their electric performances to Coachella, Austin City Limits, Bonnaroo, and beyond. The band also celebrated a career-defining moment as “Nashville’s own” in October ’17 when they performed at a two night, sold-out run at the famed Ryman Auditorium. Their music has been embraced as well by brands using their songs for many commercial and TV placements - from JEEP, to Microsoft Surface Pro, McDonald’s, to BMW, along with landmark sporting events including the Olympics, MLB, NFL, and NHL and HBO Sports. Their songs are motivational and energizing, and they have become a “go-to” band for songs that inspire forging ahead.

"If there's one thing we want when people hear this record or see our shows," says Terndrup, "it's to leave elated."